Why are there cheap cars in Bulgaria? 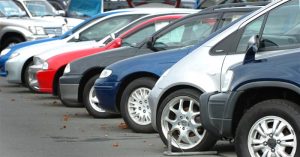 In Bulgaria, at present there is the biggest offer of used cars, while sales of new cars market are also increasing annually. The price of the cars compared to other countries and especially in Russia and Ukraine looks ridiculous. Buying a car is available for almost any working person in Bulgaria. Foreigners acquire cars for domestic use during the stay, and for export abroad.   Insurance companies make out the insurance without any risk to themselves, because there is almost no car thefts because of the possibility of low-cost car purchase. The low prices are due to the fact that between the EU there are no customs borders, so the cars from Europe do not charge any customs duties, excise, VAT … In addition, it is worth noting that in other European countries the price is still significantly higher than in Bulgaria. This is due to the fact that the USA dealers in Bulgaria buy cars from Europe and transport them in bulk in large quantities in the road trains, which significantly reduces the cost of transportation.

Purchased cars can be used on the territory of Bulgaria or out of the country, filling out customs declaration and transit numbers. Until recently, many businessmen from the former CIS countries made business in it, supplying cars to their country, but for the moment, customs duties and import requirements significantly increased due to the incentive program, domestic production in these countries, so the profitability is low.Many offset  unsuccessful attempts of export of cars,  by exchange to a new modern model, which is quite common in Bulgaria. The cost of the old cars is offset against the new, which, though have not just come out of a factory assembly line, but the price for it may be two to three times lower than for a new car!

Large  Bulgarian firms often practice buying a car from the party authorized distributors at a deep discount, and after the expiration of the warranty they  change cars for new models at competitive prices, and thereafter they  form a profitable offer to their customers.

Registration of your own car in Bulgaria

Visas for tourists up to 3 years 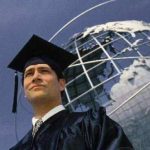