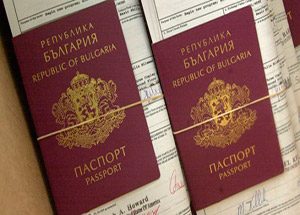 Becoming a citizen of Bulgaria actually means to be a citizen of the European Union. This right to free movement in Europe without visas with the right to live and work, the protection of your rights as a European citizen, the opportunity to develop their own business, the normal pension, a European education for children, free travel, a different attitude on the part of people in Europe and many other benefits. The passport of a citizen of Bulgaria entitles visa-free entry to all EU countries, Japan, Switzerland, South-East Asia, Latin America, South Africa and many other countries around the world.

Low cost and long delays in obtaining (up to two years — by origin) makes the citizenship of the Republic of Bulgaria of your most valuable investment.

By origin: it has the right to the person from whom at least one parent has Bulgarian citizenship, as well as any person who is recognized as a Bulgarian citizen or whose origin is established  by Bulgarian court decision (presence of «Bulgarian roots»).

Naturalization: has the right to an adult person who has obtained permanent residence or DWA in Bulgaria is not less than five years prior, has not committed criminal offenses during his stay in the country, knows the Bulgarian language, is able to work or support themselves in Bulgaria, released, or will released from another citizenship at the time of obtaining Bulgarian citizenship. (Article 12 of the Law)

The citizenship in Bulgaria for an investment

The citizenship in Bulgaria by the origin

the citizenship in Bulgaria by the naturalization 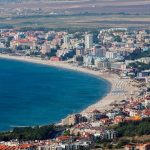 The citizenship in Bulgaria for an investmentUseful information