The Stone Forest – a amazing Park near Varna 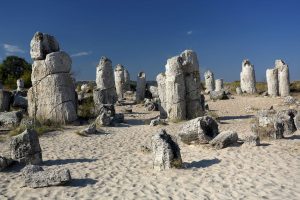 Just 18 km from Varna is an interesting natural Park, called The Stone Forest. This place is different from the usual parks that there are no trees, but there are hollow stone columns from five to ten meters. The origin of these columns is still not found by scientists.

Columns do not have firm grounds. It seems that someone hammered with the power into the sand stone boulders – hence the name of the park. Many stones have an unusual shape and even proper names. They are arranged in groups and each group also has its own name.

The origin of the stones remains a mystery. There are many versions, ranging from natural to esoteric. For example, scientists suggest that stone columns were the result of the winds on the rocks. There is also a version that in the manufacture of columns participated corals in ancient times, when the sea was on this place.

The esoteric versions are even more diverse. The stone forest is considered a place of power, which may have been created in former times by powerful mages. There is even a version that the stone columns are marking a portal to parallel worlds.

The park has a stone circle in the center of which need to make a wish: supported by the energy of this place, it will come true. In addition, many say that even touching to the ancient stones fills you with energy and allows experience new sensations.

In ancient times this place was considered sacred, and in 1937 it received the status of the nature reserve.

It is easy to get to the Stone Forest Park. From Varna you need to go in the direction of Sofia, and then turn to the park following the signs. There is a free parking near the park. You can also reach the park by taxi: the ride from downtown will cost about 25 BGN.

The cost of the visit is 3 BGN for adults and 2 BGN for children. However, according to reviews the reserve is only partly fenced, so if you want you can penetrate into the park absolutely for free.

The territory has a cafe and small souvenir shop where you can buy magnets, key chains and other small items in memory of the visit to this place. 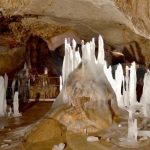 The cave «Devil’s throat» in the RhodopesUseful information 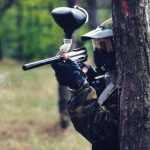