If in the summer in the seaside towns of Bulgaria there are a lot of entertainments for everyone then in the winter are much less. However, an active person will always find something to do, and for this does not necessarily even go somewhere in the mountains. Next to Burgas Meden Rudnik more than half a year operates the largest in Eastern Bulgaria paintball field – at the territory of a firing ground for shooting «Kapcheto».

The firing ground for shooting and a paintball game

In early April of 2015, just in time for the annual Easter tournament shooters, one of the country’s largest paintball complexes was opened in the complex «Kapcheto» in Meden Rudnik, which is a 6 thousand square meters. In this territory built dozens of shelters that allow you to shoot from ambush, catching the enemy by surprise.

In general, the firing ground «Kapcheto» is not just a place for entertainment. Here are conducting the workouts for future bodyguards, classes of the sport shooting and the safe weapon possession for beginners. There are corridors for dynamic shooting and for shooting in the dark.

And now such joy is available not only to professionals but also to everyone those who want to «play mock battles» in a spare time, run and shoot. And, probably, everyone wants it at least to some extent. Of course, among the visitors of the complex is dominated by men, but many come with wives and children – everyone wants to demonstrate their legerity and accuracy. Here celebrate birthdays, arrange corporate parties or friendly tournaments and just relax after the business week. 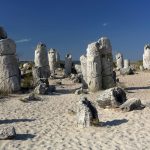 The Stone Forest – a amazing Park near VarnaUseful information 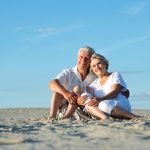